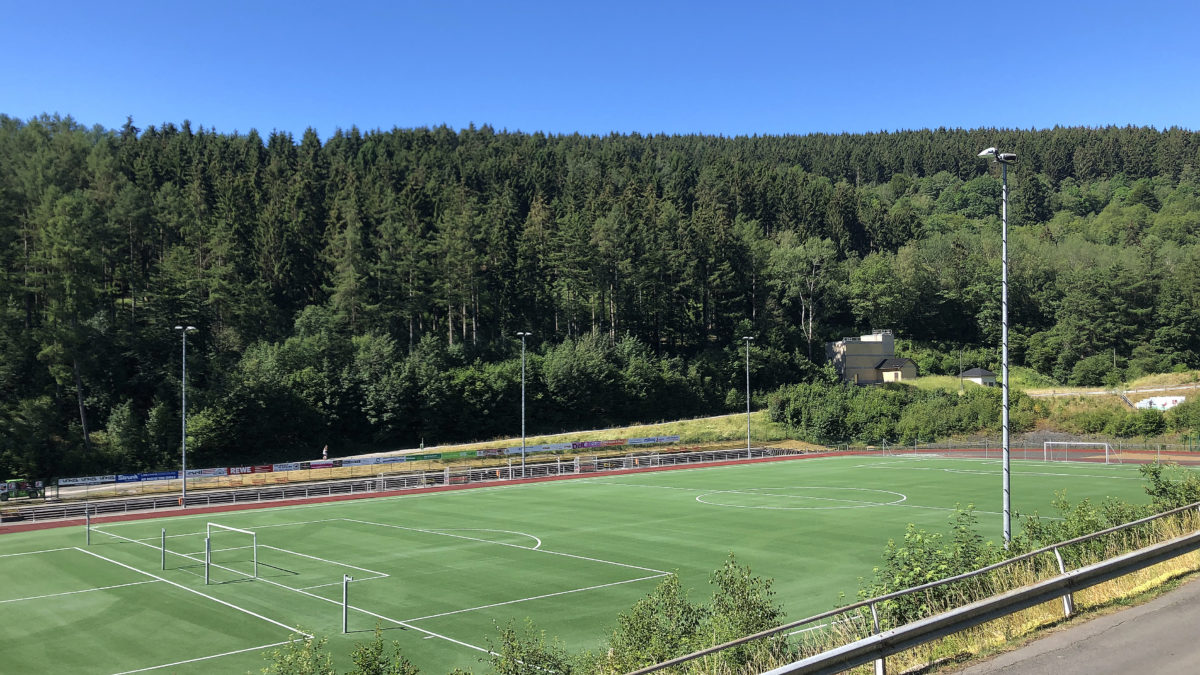 Last June 2019 we completed the renovation of a new soccer field in ‘Sportplatz Niederschelden’ located in the university city of Siegen, Germany.

Preparing the build and recycling the turf

The build started with the removal of the old field, a totally worn off sand-SBR filled system. We took care of the process of separating the different materials, such as sand and SBR and the recycling of the artificial turf via re-Match. Next the sub-base e-layer then was cleaned, repaired and prepared for reuse by Jansen Bau. During the preparations, the new field was produced at the Edel Grass production facility in Genemuiden Holland and transported to Siegen. 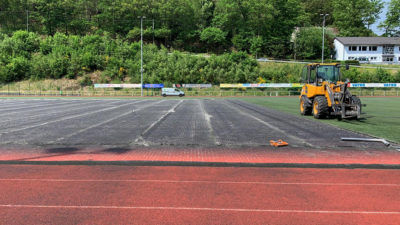 We offered a relatively new type of soccer grass called Edel Topblade NDR, which is used a lot in Germany. Topblade NDR is a 38 mm high sand and green EPDM performance infilled system, offering optimal playing characteristics and a natural look and feel for the players. The environmental friendly EPDM infill type was supplied by Stargum and our trustfull partner O&C took care of the installation of the field. Our project management team guided the whole project and according to the agreed scedule, end of June the field was handed over to the major of Siegen.

Start of the build, news article in the SiegerlandKurier 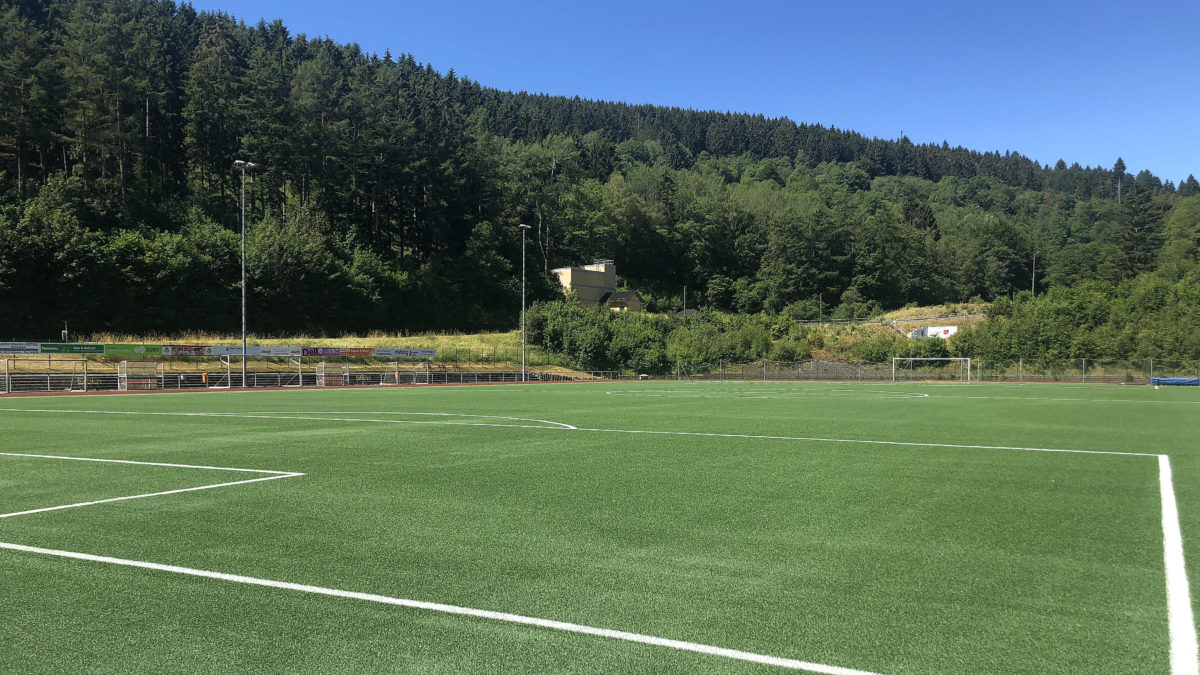 A field made to perform starts with Hi…

Do you want to examine our solutions in field construction or do you want to replace or realize your new soccer pitch with Edel Grass? Just start with hello.