This project is a special one, since it’s a first in Edel Grass history! Edel Grass is always looking to innovate and evolve, and that’s exactly what we did with one of our latest developments in artificial soccer surfaces: the new Edel Novum turf. Edel Novum is a truly distinguishing turf in artificial surfaces for soccer. And while the product isn’t even officially introduced, we already got to install it as a full size pitch in the Uwe Seeler Fußball Park in Bad Malente, Germany.

Even though the Edel Novum turf hasn’t officially been introduced yet and is still in test for official approvals, both we and the Uwe Seeler Fußball Park management are convinced the field will perform perfectly. Due to our expertise in designing turf systems, we are confident the Edel Novum system will pass all tests. Edel Novum is produced with three different and newly designed yarn types, creating a very meshy surface in which all the characteristics players love in natural turf fall into place. 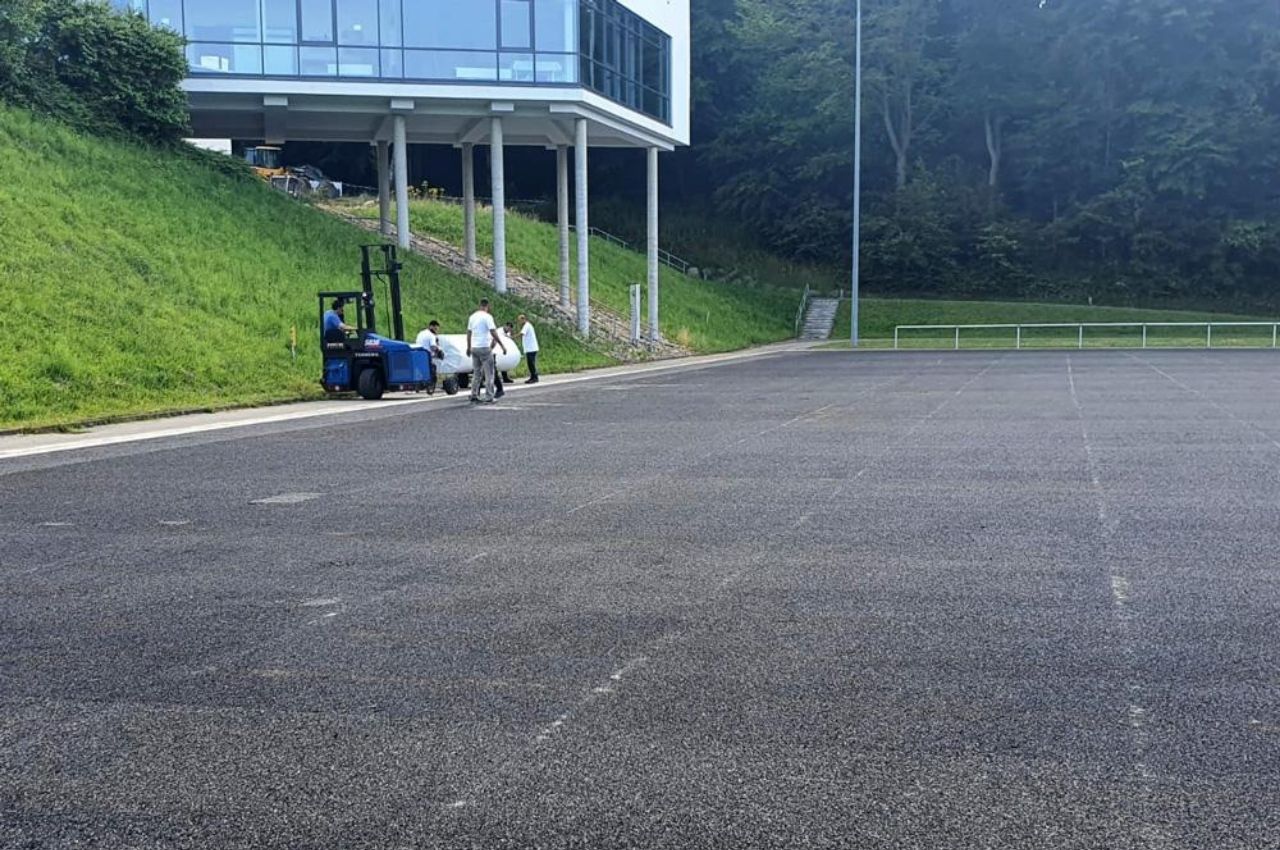 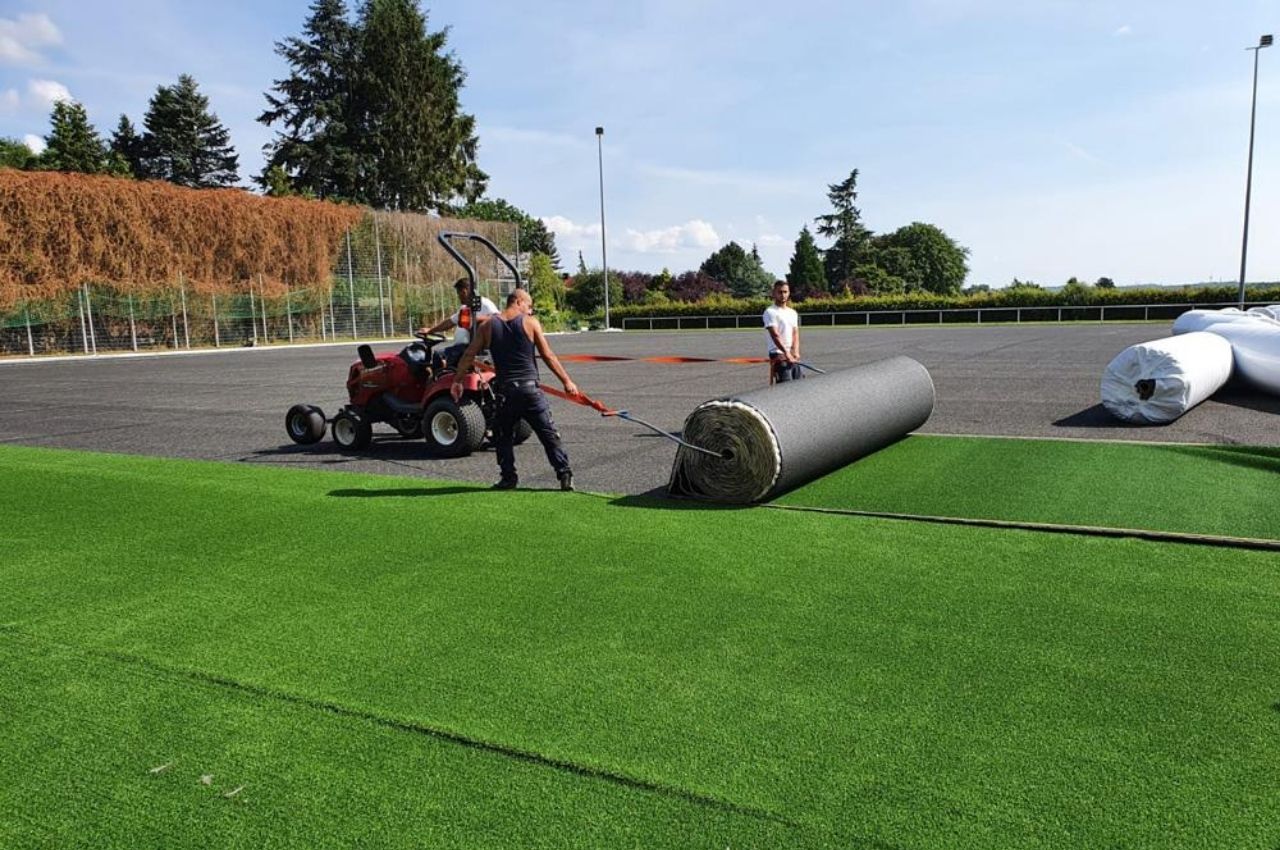 The full size Edel Novum pitch was installed in the summer of 2020 by our German contractor Weitzel Sportstättenbau. The field size is no less than 7.500 m2 with a pile height of 32 mm. The sub-base of the newest Edel Novum turf is a durable one since we cleaned, repaired and reused the existing Insitu E-layer of the previous field. We work with quality and certified suppliers according to high and legal standards, who also have a transparent supply chain for infill materials. Therefore, the stabilizing and performance infill was supplied by Amorim Sports, the stabilizing infill being the outstanding silica sand and the performance infill natural cork. Due to the infills, the players at Uwe Seeler Fußball Park will be guaranteed comfortable and professional playing characteristics with every football training and match! 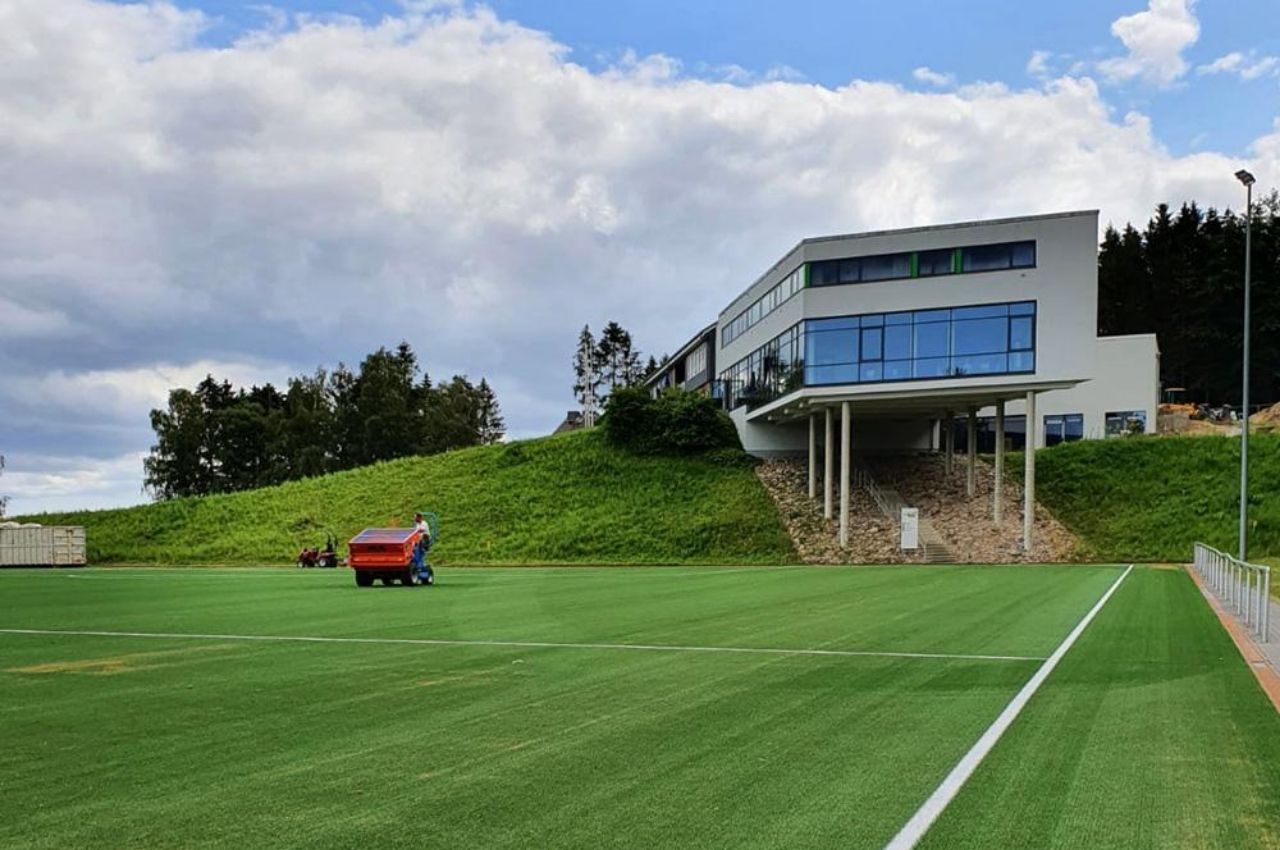 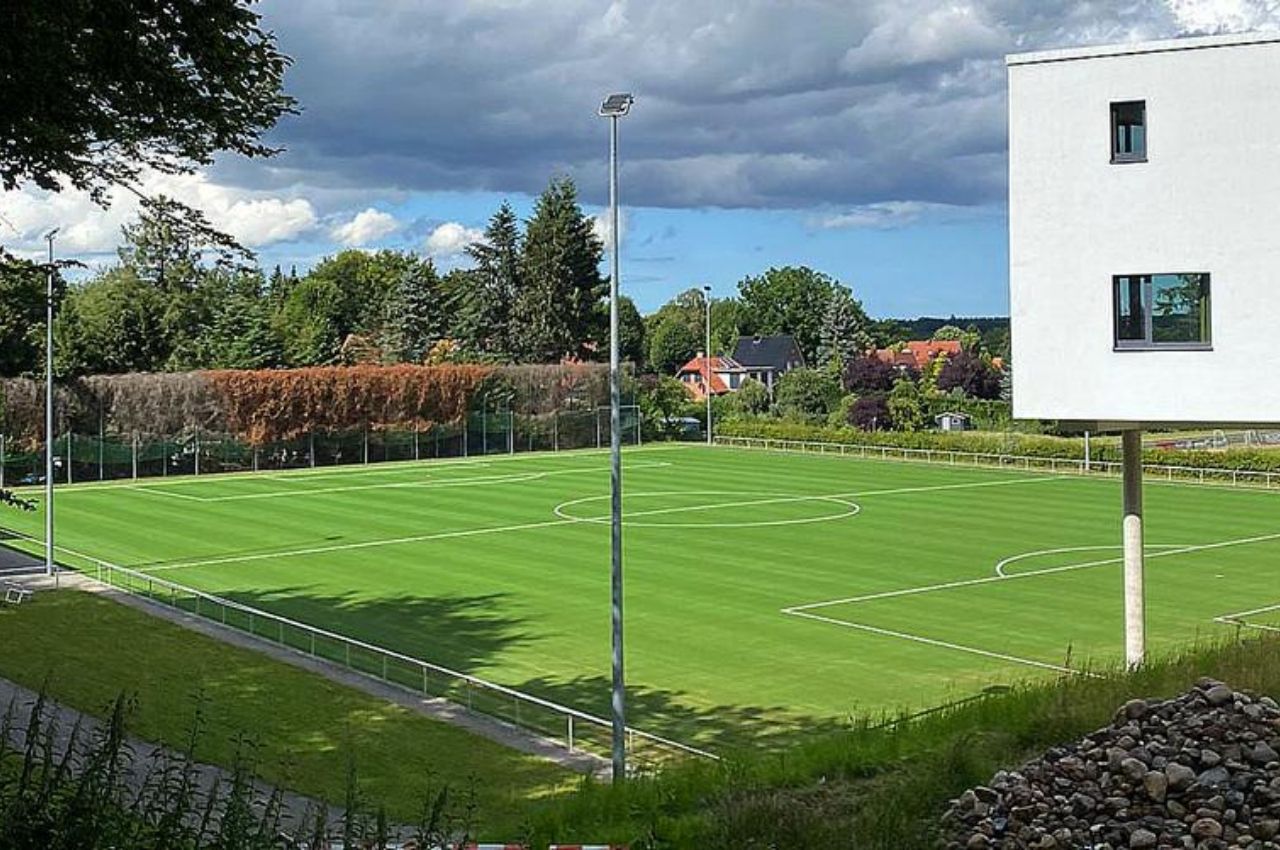 Does the name of the Uwe Seeler ring a bell? Well, it should, because Uwe Seeler is a former well-known and tremendous popular striker in the German national team and at Hamburger SV (HSV). Although he never won a world cup, he beat Pèle as the first ever player to score in four world cups. He also was names as one of the 125 greatest living players ever according to Pèle in 2004. The training center was named after Uwe Seeler in 2013 when he agreed to sponsor the sports park in Bad Malente, where he had always felt at ease – even when he didn’t have the heart to leave HSV. 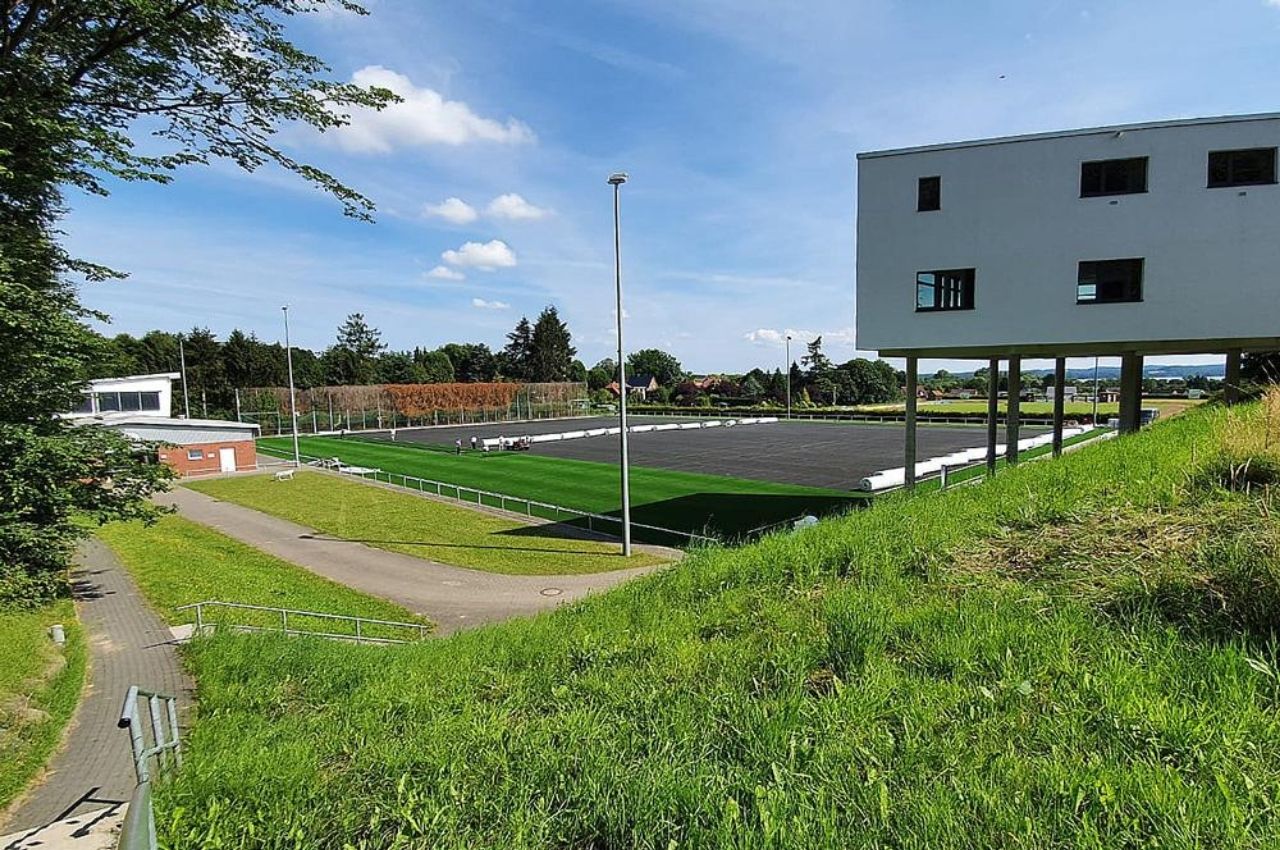 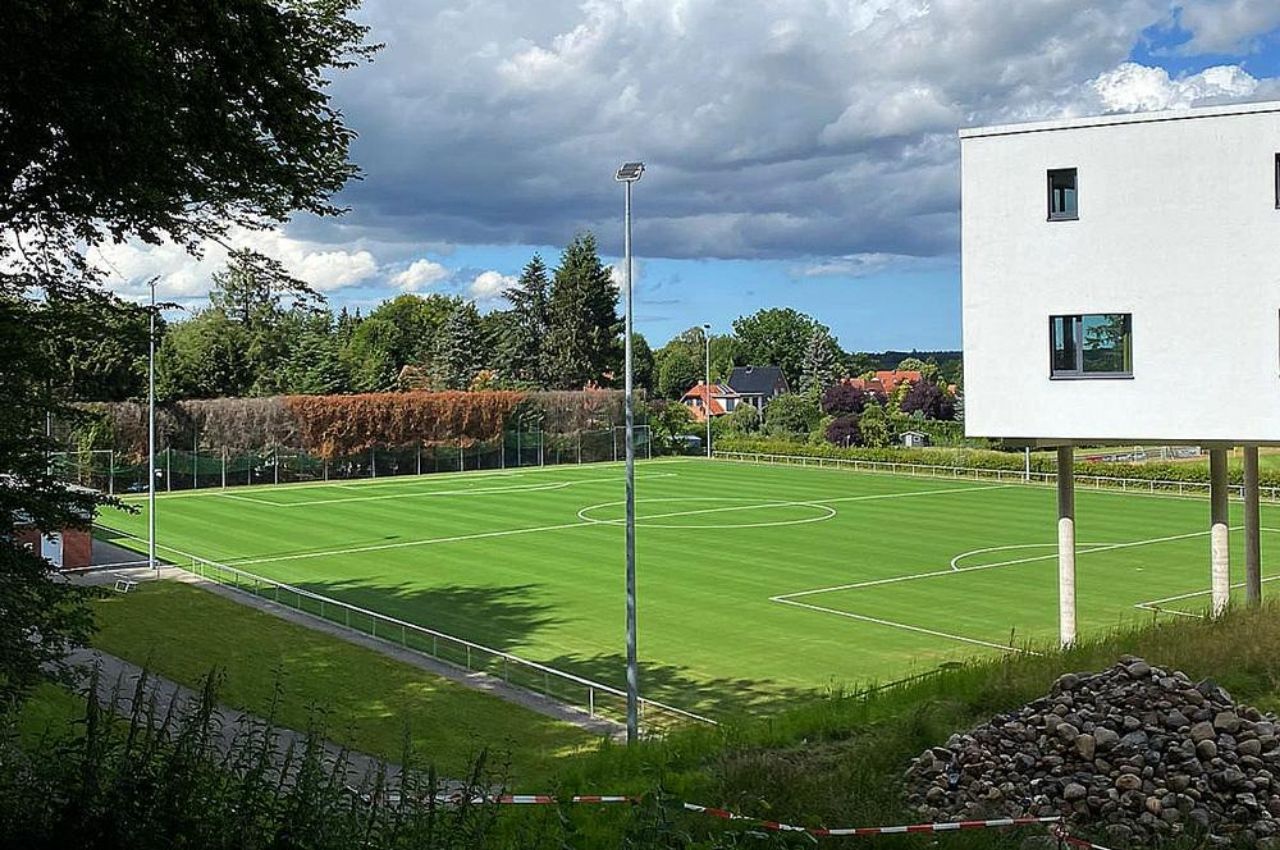 The training center of Uwe Seeler Fußball Park was built in Bad Malente in 1952 by the Schleswig-Holstein Fußballverband and was used by the German ‘Mannschaft’ and the German Football Federation for preparations on the world cups in 1974 and 1990. In 2013, it was renovated and named after the living legend Uwe Seeler. It holds a conference center, a 3-star hotel and an indoor training hall. Nowadays, it is used to support and train young talent and services as a training facility for professional German soccer teams. With the new Edel Novum pitch, the athletes will surely improve their football skills even more!

A field made to win starts with Hi…

Do you want to examine our solutions in soccer systems, landscaping grass or do you want to replace or realize your new field with Edel Grass? Just start with hello.