In the Hague Antea Sport has built a special artificial grass hockey pitch. For the client, the municipality of The Hague, a water field has been installed at Let’s Stick Together, a foundation of three cooperating hockey clubs in The Hague: HDM, HGC and KZ. The best players from these three clubs play on the new hockey field, called FieldFlow.

New techniques have been used for the field, making irrigation unnecessary. During a seminar, organised by Antea Sport and Edel Grass at the Haagsche Hockey Club HDM, project leader Tijs van Lierop held a keynote about this innovation. The Q&A session was lead by former hockey player and Olympic Champion Elsemieke Havenga. 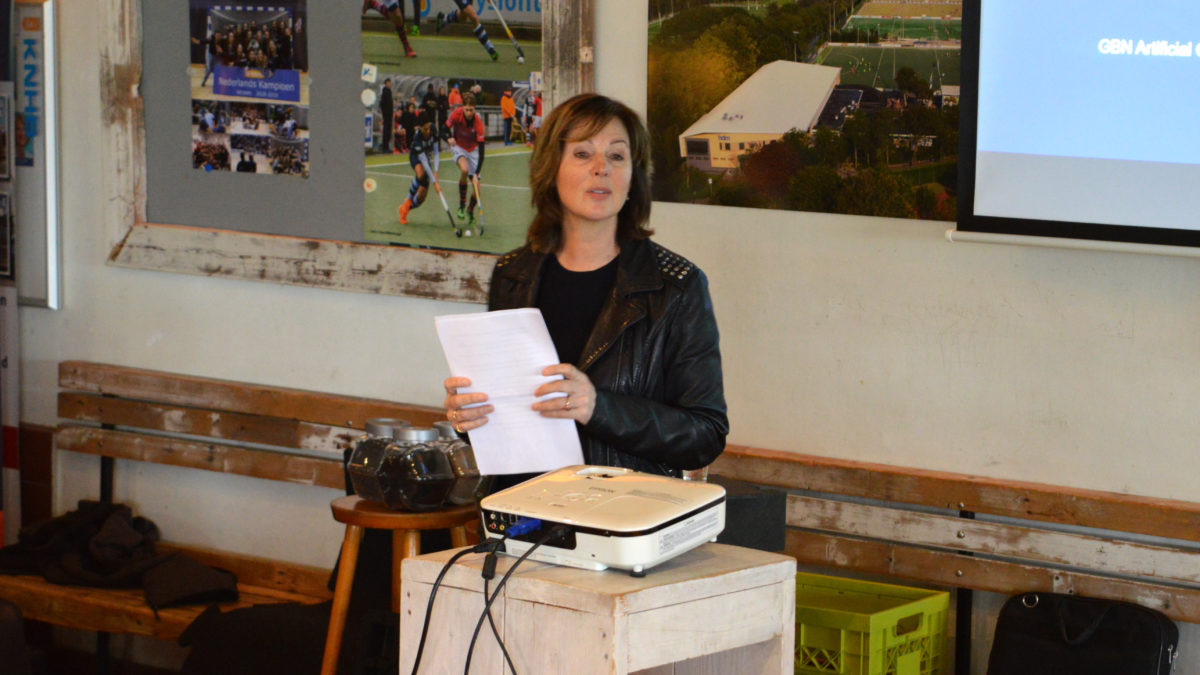 FieldFlow (An Antea Sport inhouse development) is a special water base hockey field. It does not have a sprinkler installation like regular water base pitches, but instead a so-called underflow system wettens the field from below.

Edel Grass supplied a specially prepared Edel ID hockeyturf for this project. The water is brought into the artificial grass from below, so that the field remains constant and evenly wet.

Various tests were carried out during the lab phase. In this phase also the permeability of the sub base was analyzed. This has led to a design containing a watertight concrete basis. Drain pipes have been placed on top of this layer, which are connected to the water management system. Sensors are placed next to the field that measure the water level in the field. An e-layer has been placed on the concrete bottom layer and on top of that, the Edel ID hockeyturf was installed. This creates an artificial grass hockey field with optimum playing properties which are retained for the longer period of time. 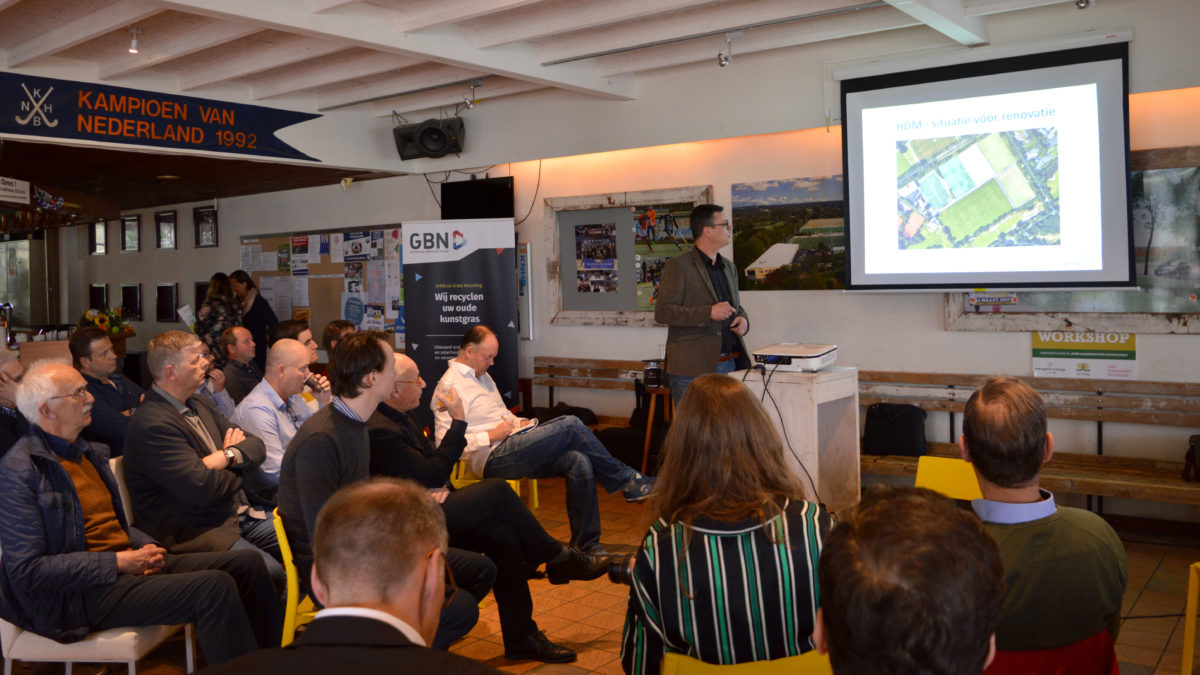 The biggest advantage for hockey players is the constant and predictable wetness of the field. Even on days after a frosty night, the field is playable. The safety of the athletes is optimally guaranteed because the field retains its high-quality, consistent sport-technical characteristics.

Due to the lack of irrigation, the field is insensitive to wind, and due to the lack of nozzles in the outlet, there are no obstacles for the athletes anymore. On top of that, no time for irrigation needs to be included in the planning. This makes it possible to play one extra game on a busy day. Sjors Lolkema of the municipality of The Hague agrees. ‘This Top Training Center of the Let’s Stick Together foundation needed a top hockey field, in which it now provides.

The municipality has had several discussions to assess whether the market was ready to apply an innovative technique. Three companies were working on an irrigation system such as FieldFlow and Antea Sport was chosen through a tender. The great thing about the collaboration with Antea Sport is that the municipality was included in the challenges they encountered. The municipality was able to fully participate in the creation of the end product.” The hockey field has been in use since September 2018 and the first feedback from the athletes is very positive.