In these extraordinairy times, competions of our beloved hockey sport have finally started again. With a limited amount of fans, last weekend in the top hockey league in the Netherlands, the 1st mens team of HC Bloemendaal kicked off at their home venue against Almere and won 5-2, immediately sharing the first place together with Kampong, who also won with 5-0 against Klein Zwitserland and Amsterdam with a 5-1 win against Hurley. 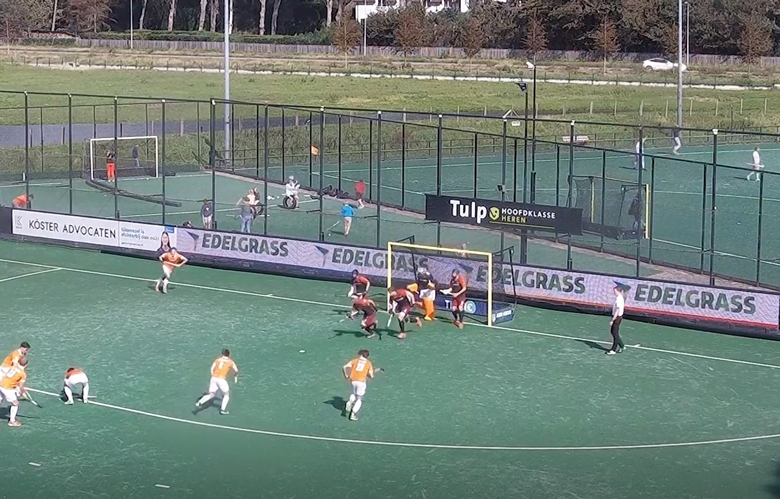 As co-sponsor of Bloemendaal we’re particularly proud as the main field of HC Bloemendaal got new LED boarding last summer which was also seen in action for the first time last weekend. Our LED commercial can be spotted between minute 1.05 and 1.18 in the match summary below. Thanks HC Bloemendaal for the continued support and thanks Sportled for producing the commercial!