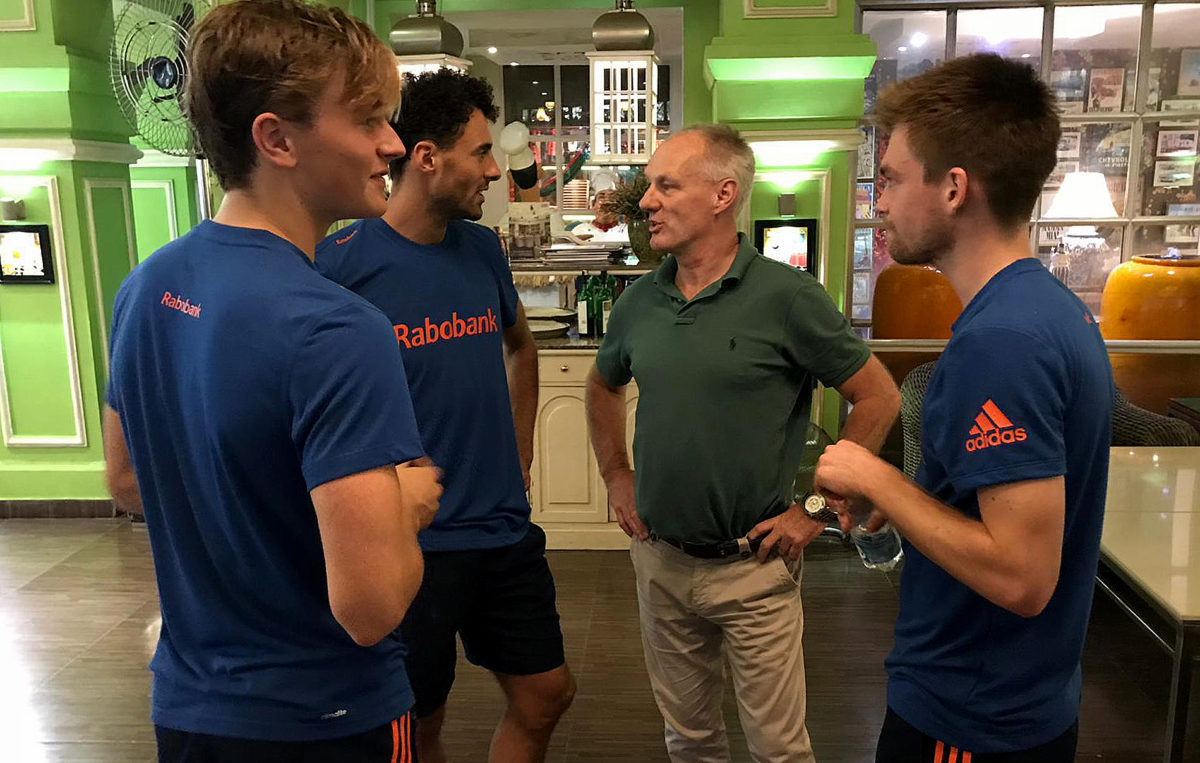 The Odisha Hockey Men’s World Cup in Bhubaneswar, India is in full swing! Yesterday the Dutch team rewarded itself with a place in the Quarter Finals by beating Canada 5 to 0. In the QF the orange team will play the tough team of organising country India on Thursday December 13 at 19pm local time.

It’s the first time on a World Cup hockey featuring 16 teams playing in 4 pools. The winners of each pool automaticly placed themselves for the quarter finals, leaving 4 more places to be won by cross-over matches. Which Holland did! On behalf of Edel Grass our colleague and managing director Ralph Teunissen is supporting the dutch team live in India, giving the HC Bloemendaal internationals Glenn Schuurman, Thierry Brinkman en Jorrit Croon a peptalk.

Also Floris Jan Bovelander is motivated by Max Caldas (or the other way around) to support and promote his Million Hockey Legs foundation further. 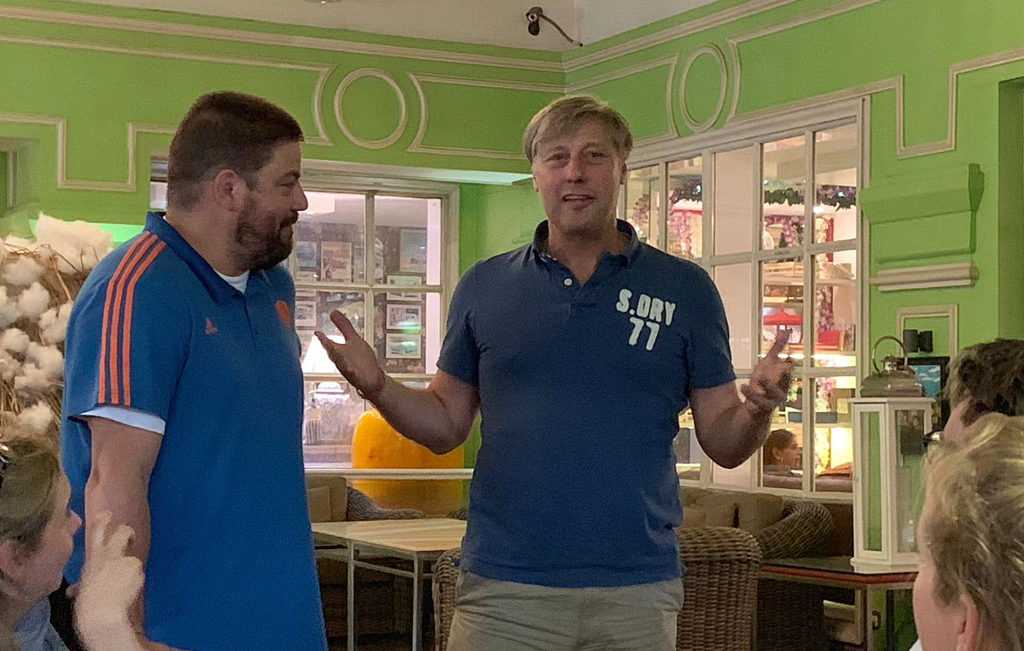 We are proud to be partner of such an important and positive movement, helping to bring hockey to the people.